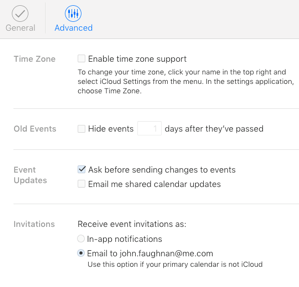 Quicken for Mac 2015 is not a bad application

I was once an enthusiastic user of Quicken for DOS — despite an annoying tendency to database corruption. Each month I’d receive a 3.5” diskette of credit card data and I’d update our accounts. Quicken for Windows had more bugs, but I stuck with it.

Then, somewhere around 2000, we went all Mac and there were no good personal finance products. Intuit was becoming seriously annoying around that time anyway, so we gave up and simply updated our investment balances yearly. We tried various Mac finance products, but none of them worked for Emily. Most importantly, they didn’t do a great job of automatically pulling data from our accounts, and many of them tried to push us to storing our financial data in the cloud.

Last year we made another go of it. Despite the worrisome lack of a user guide, we bought Quicken 2015.

Surprisingly, it’s worked well for Emily. Automated data download is odd to setup, but once configured it has done well. The application is relatively spartan, and not always intuitive, but it’s been reliable. With a few configuration tweaks we seem to be keeping all of our data local (these days that’s not easy to tell). The Reports are limited, but they have the main things Emily wants. She likes how the spending reports work.

Of course Quicken for Mac 2015 has only a fraction of the capabilities of Quicken for Windows, but I’m not making that comparison. It’s just useful by itself. It’s also astoundingly small for a 2015 application — only 60MB for the Application.

I don’t know where this product is going to go. Intuit is desperately trying to dump Quicken (“desktop technology” — they want to go Cloud based and many money by doing analytics on customer spending), they can’t have a very happy dev team. We’re going to hold off on 2016 until mid-2015, then we’ll look at the bug reports and evaluate 2016.

For the moment though, I’m pleased to find something that works. I assume finance companies want to lock customers in tight, it’s a real achievement to get data out of them. I doubt Quicken will find a good home, but I hope it somehow defies the odds.

Somehow I’d enabled my iCloud Mail account in Yosemite Mail.app. This is irksome, because I don’t use it and, sooner or later, I’d somehow send outgoing emails using that sending service.

Which I did. Somehow.

Which meant I had a set of Sent emails in the wrong place. Impulsively, in Mail.app, I tried dragging them from iCloud Sent folder to Gmail Sent folder. Something was happening … the dialog “Outgoin Messages”. Yikes! I don’t want them to be resent! So I canceled. (I was wrong, this is what Mail.app does when one is copying from a local store to an IMAP folder.)

All the emails vanished everywhere (I think this is a bug). There was nothing in iCloud Mail on web or OS X and nothing in Gmail — or anywhere else. So annoying — especially because I think I made the same mistake years ago.

I could live without those 49 errant emails, but it’s vexing to lose data. So I turned off internet connectivity and dug into last night’s Carbon Copy Cloner backup (Time Machine restores are so painfully slow I use them as a last resort, and I’m not sure how they behave for attempts to restore a specific set of emails.) The User/Library folder is hidden, but Go To Folder works if you know the path. On my system it’s User\Library\Mail. The actual folder varies by the age of one’s system, my messages are in a V2 folder, not a V3 folder. (I saw lots of weird stuff in there, like a [Mail Lost+Found] folder with old .mbox files. I need to dig through those. OS X Mail is just weird.)

The folder names were odd. The one called IMAP-…. visi.com has my current Gmail data, but I haven’t used visi.com for 10-15 years. Apparently OS X kept the original account name from my 10.3 days. Have I mentioned OS X Mail.app Preferences are kinda horked?

The missing iCloud message were in AosIMAP (wonder what Aos stands for?) in a Sent Messages.mbox folder. I copied that to the desktop and used Mail.app Import to bring them in. Despite the .mbox extension I had to use the Mail.app importer, not the .mbox importer.

All the messages were recovered. I found I could copy them safely into the Yosemite Mail.app “All Mail” folder that corresponds to Google’s All Mail, so they were back on Google for search purposes while also available on Mail.app (yes, Mail.app/Gmail integration is scary, mostly Google’s issue).

Sometime I’m going to dig around Mail Lost+Found to see if it really contains old lost messages. I like to keep my data; I’ve got Eudora and Netscape emails in OS X Mail.app from the early 90s.

Update: Most of the .mbox folders in “Mail Lost+Found” were very small. The few that were larger just duplicated messages I already had. So I cleaned out that folder.

iOS 9.2 Spotlight has been driving me crazy on my iPhone 6. I use search to start many of my apps, and at least half the time nothing would show up. I think this started with iOS 9.1, but it got worse with 9.2. I saw complaints about this on Apple Discussions, but I knew it wasn’t affecting everyone. There was something odd about my setup.

Of course restarting the phone would fix the problem, but only transiently. I tried various maneuvers to rebuild spotlight indices; for a time I though removing Contact search was the key. Sometimes disabling Spotlight search for all applications seemed to help — but then it would fail again.

Then I noticed something interesting. Sometimes, after entering a search string returned no results, if I waited a bit, canceled the original string, then reentered, I’d get part of the Spotlight results. Maybe not any of my apps, but perhaps Spotlight Suggestions would show up. Sometimes I’d even see the app list, or Spotlight would show the default “search the web” UI then refresh and show search results.

It almost seemed like Spotlight was trying to work, but something was slowing it down. Perhaps if it’s too slow to respond Apple’s iOS 9.2 code times out. So, even though I have ‘Background App Refresh” disabled, I wondered if a background App was interfering with Spotlight.

So I started emulating my #1 son and routinely swipe-closing (killing) background Apps. (Yes, I know this is supposed to be a bad habit. Except when it isn’t.) After I’d killed 20 or so Spotlight started working again.

With a bit of trial and error I found I only needed to kill one. I only had to kill my #1 most used iPhone app, Reeder 3 for iOS. Spotlight then worked every time.

I don’t think this is a Reeder bug. I suspect it happens when background apps are somehow tying up Spotlight indexing, even when indexing and background app refresh are both disabled for a specific application. Other apps may do the same thing, but since I follow hundreds of Feeds and have Reeder running constantly, I probably see this more often than most. I think there are multiple iOS multitasking management bugs going on here; I’m just glad to have a relatively painless workaround. If you are seeing this problem but don’t use Reeder then do experiment with killing other backrond apps.

Reeder.app has a Sync:Background Refresh setting that I’ve now made “manual” only. I’ll update this blog post when I find out if that works.