Which iPod was best? 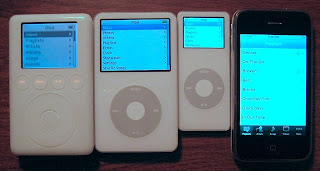 I've bought six iPods. Four are still in use in our home, including my first - the third generation firewire sync iPod.

So which iPod was best? The answer depends on use of course, but it's not entirely obvious.
So certainly there's progress, but it's mixed.
at Friday, October 17, 2008