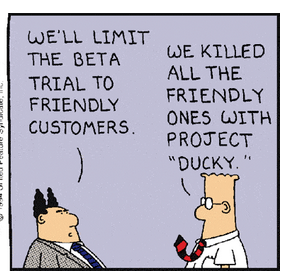 In retrospect, things started to go wrong for Apple 9 years ago. Back then Apple’s iPhoto, iMovie and iTunes were all running pretty well on Leopard. Then Apple jumped from iMovie HD 6 to “iMovie ’08”, a complete reboot and major regression. Since then we’ve lived through a series of half-baked regression-heavy reboots all too reminiscent of SONY’s Spiderman. There’ve been reboots of FinalCut, iWork/Pages, iPhoto and now Aperture/Photo.app…

Oops. I forgot iTunes. It gets randomly rebooted yearly.

Three years after iMovie ’08 Apple recovered most of the lost ground with iMovie ’11. Which was then followed by iMovie 10, another reboot with feature regressions.

I picked up iMovie 10 as an automatic update — I don’t use iMovie all that much (it’s been a discouraging ride) and I didn’t realize the product had had yet another reboot. So when I launched it yesterday to work on my daughters dance performance it took me a while to realize I was in a world of hurt. iMovie 10 has a new file structure and Apple cut a few corners on the migration tools - particularly for Libraries located on external drives.

The conversion and recovery process was too painful to recount here, but here are a few of things that might help if you’re trying to figure this out:

For my conversion I did the “Update Projects and Events” twice. I first did it for the Projects and Events in my iMovie folder. Then I moved my external (large capacity) files to the root of an external drive and repeated it. Once the new Library Package is created you can move it wherever you want.

I then compared what I had in the old Projects and Events folders to what I saw inside the new Packages. When I was convinced those lined up I tested viewing each movie/video. I found a number of problems that I was able to fix with iMovie by changing metadata and creating events.

I also ran into a curious problem where one Project seemed to have pieces in two Libraries. The fix for that included creating a new empty Library and moving events one at a time into it from a damaged Library. There doesn’t seem to be any Library rebuild/repair function.

There’s a native menu option for moving Events between Libraries, so one can theoretically move them from an SSD to an external drive and vice-versa.