Wanted - a way to make an old style landline work over a cellular connection.

My 93 yo father is a resident of a Canadian Veterans long term care facility. He’s doing pretty well there, but it’s a bugger to reach him. Their landline costs are very high, and installation seems to take eons. Vets who can use a cell phone are fine, but that’s hard for him.

What I need is a cell phone that looks and acts like this phone:

I’m sure they make these for the China market, they’ve turned everything into a cell phone.

The closest I can find in the US market is the Panasonic Link2Cell Phone (note, however, complex compatibility grid.pdf - 3GS is borderline). 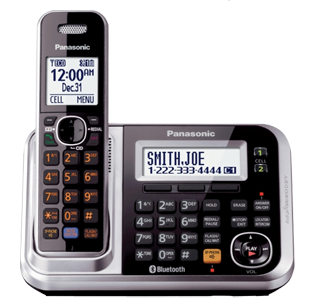 I could put an old iPhone in his room, leave it permanently plugged in and maybe this would work. It’s pretty complicated though he has used similar devices. (I think these are sold to people who  get rid of their landline and transfer the landline number to a cheap cell, but want to share a home phone.)

I fear what I really want is only sold in China  It’s either mobile that looks just like old red except that it has a plug rather than a phone cable, or it’s a bluetooth device that fools an old style phone into thinking it’s on a phone line.

Update: I found a few other options… 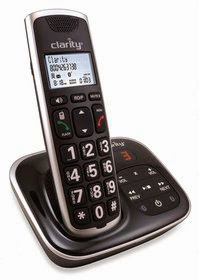