Aperture - I think the Facebook integration may be bad news.

I ran into some Aperture issues lately, and in the process of debugging I created a new instance of my @40,000 image 300GB Library.

After the rebuild one Facebook album was empty, an album that showed with the number ’84’ in its title … 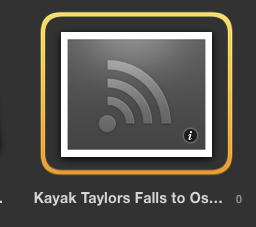 It’s not the only empty Facebook album, there’ve been a few over the years. There was also this: 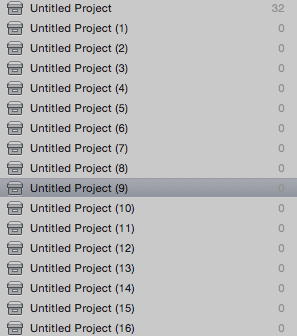 I think I know what happened to the “Kayak” album — I think those were the images that behaved oddly. I exported them, deleted them in Aperture, and reimported. They were never 84 though — that’s weird enough that I’m going to dig through old backups to inspect older versions of Aperture. I suspect the count is a bug of some kind.

I don’t need this kind of risk. I loved being able to export albums to Facebook, but synchronization is hard, I don’t have much faith in Apple’s software engineering at the best of times, and Aperture is a dead product.

3996? 25 maybe. Yeah, this thing is really buggy. Since I was working from a reconstruction of my still existing Library I went ahead and removed. Here are the before and after image counts:

Now to try rsync -avnc $SOURCE $TARGET to see if I can figure out what did or didn’t make it to the reconstructed Library.

Tonight I started using Photos.app as an adjunct to managing my iCloud shared albums. I noticed it does not have Facebook integration. Pretty strong hint there.

I’ve setup a completely separate Library for interacting with Facebook — if nothing else it can be a convenient uploader and album manager. That way there’s no risk to my core Library. I’ll have to figure out some automation for moving images between the Libraries and up to Facebook.

I clearly don’t know how to use rsync. My attempt just returned a list of all the files in my original Library. Diff took overnight, but returned a list of files only in the original. I opened up the Library with Finder’s ‘Show Package Contents’, navigated to the Masters (what I really care about) and then drag-dropped the folder into terminal diff -rq to get:

This returned a list of 50 files. Which was kind of worrisome, but on inspection they were all thumbnails that I’d found and purged; under some conditions, perhaps related to buggy/dangerous Facebook synchronization, Aperture misfiles lost thumbnails as Masters.