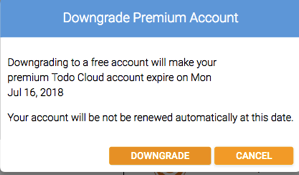 It did work for kateva.org/sh though — that has over 30,000 posts (it mirrors my pinboard shares and twitter tweets). Unfortunately that slowed MarsEdit launch severely — it took up to 3-4 minutes to start. Turns out MarsEdit loads all posts into memory and it doesn’t scale to that size.

I reset the kateva.org/sh sync to ‘last 50’ and startup is ok now.

After the 11.3 update two of the phones had Touch ID enabled for purchases. Normally you need to enter the Apple Store ID to enable this. One child (special needs) ran up a $10 bill which he paid for. (He gleefully shared his new power with us.). On one affected phone I turned it off again, when I turned it on the Store Apple ID was requested as expected. (Another phone I migrated to using its own Store ID, a third device wasn’t affected.)

On 1 of the 3 phones the Store Apple ID was changed to the user’s iCloud Apple ID. The problem was recognized when my daughter was unable to view movies not on her phone — it took me a few minutes to figure out what happened.

It’s interesting how much behaviors varied between the 3 devices.

Why you should change your router DNS to Cloudflare and Quad9

I wrote this one for Facebook friends - reposting here. The TidBITS review is excellent.

This is roughly how things work ...

This happens because your internet provider is your default internet directory service (DNS provider) - Comcast knows all the sites you visit and (as best we can tell) they sell that information.

It's basically an internet design flaw.

If you're a bit geeky you can change the DNS settings in your home router to someone more trustworthy than Comcast (which would be anyone else, really). In our home that's an Apple Airport. I have our settings below but your settings will vary.

For more information see an excellent TidBITS review. If you truly want privacy, particularly on iOS where DNS settings are a pain, you need to use a trustworthy VPN (see below).

PS. It’s easy in macOS Location settings to experiment with different settings. This is particularly important for a laptop that moves between locations. On my standard macOS Location I use Cloudflare, then Quad9, then Google. Sadly iOS DNS settings are a mess (per TIDBits):

In iOS, DNS server settings tend not to work the way most people would want them, which is as in macOS: setting the details once and having them work on every network to which you connect. The settings have to be set for each network. Worse, we’ve found in our testing that after changing DNS values, the settings revert to Automatic and the server IP addresses we entered are tossed. There’s also no way to set DNS servers for cellular connections.

In iOS you need to use trusted (not free!) VPN provider. I use TunnelBear’s free GB option, I wish I could buy blocks of data from them rather than yet another subscription. If you use a limited data capacity VPN on a Mac you should use TripMode to reduce background data use.

Update 4/22/2018: A Gizmodo article reminded me why this DNS control is more important now ….

“The FCC under Chairman Pai changed the rules in the United States for ISPs allowing ISPs to start selling your browsing history to target advertising against you,” Prince said…

They mention two popular VPNs - ProtonVPN and Private Internet Access. Curiously PIA claims TunnelBear does not protect me — which makes me a bit suspicious of PIA.

Maybe this worked. Or not. See update.

Our five family members have long shared one store Apple ID. We’ve done this before there was Family Sharing. I put off switching to Family Sharing as I figured it would take Apple 3-4 years to get it working.

With iOS 11.3 Apple broke a longstanding purchase behavior. My son’s iPhone no longer required a password for purchases, only his fingerprint. There might be a fix, but I decided instead to move him to Family Sharing. (There is a fix, see below.)

So far he still can access our movies and apps. Now he will make his own purchases that will be associated with his Apple ID. When he runs through his $15 he’ll give me cash and I’ll send more money. Eventually I do need to get a debit or managed credit card on his phone but we’ll start with cash. Alas, it doesn’t work that way. See update.

[1] He is, incidentally, a special needs adult. I’d have liked to be able to use Apple Ask to Buy for him but that’s not available for an adult. (I wish Apple considered special needs as a disability — they have great support for visual and auditory needs, but not for cognitive.)

My son ran up a $70 bill on a $15 credit — all on my account — because “Any time a family member makes a new purchase, it’s billed directly to the family organizer’s account”. It doesn’t work the way I thought it did. If a family member is under 18 you can activate Ask to Buy, but not for someone over 18.

Family sharing is clearly designed to only work for children. It’s a poor match for a couple that wants to keep separate finances and it’s unsuited to adult children.

I found that the 11.3 update bug didn’t truly break the ability to require an iCloud password for purchases. It only bypassed the requirement to enter the iCloud password to enable Touch ID. I went into Touch ID & Passcode and turned off “USE TOUCH ID FOR … iTunes & App Store”.

He doesn’t know his iCloud password (so he can’t lose it in a phishing attack!), so this meant he again needed us to enter a password into his iPhone to make purchases. Obviously, Ask to Buy would be far better. If Apple wanted to support users with cognitive disabilities …well, this blog accepts comments. I’d be glad to advise.